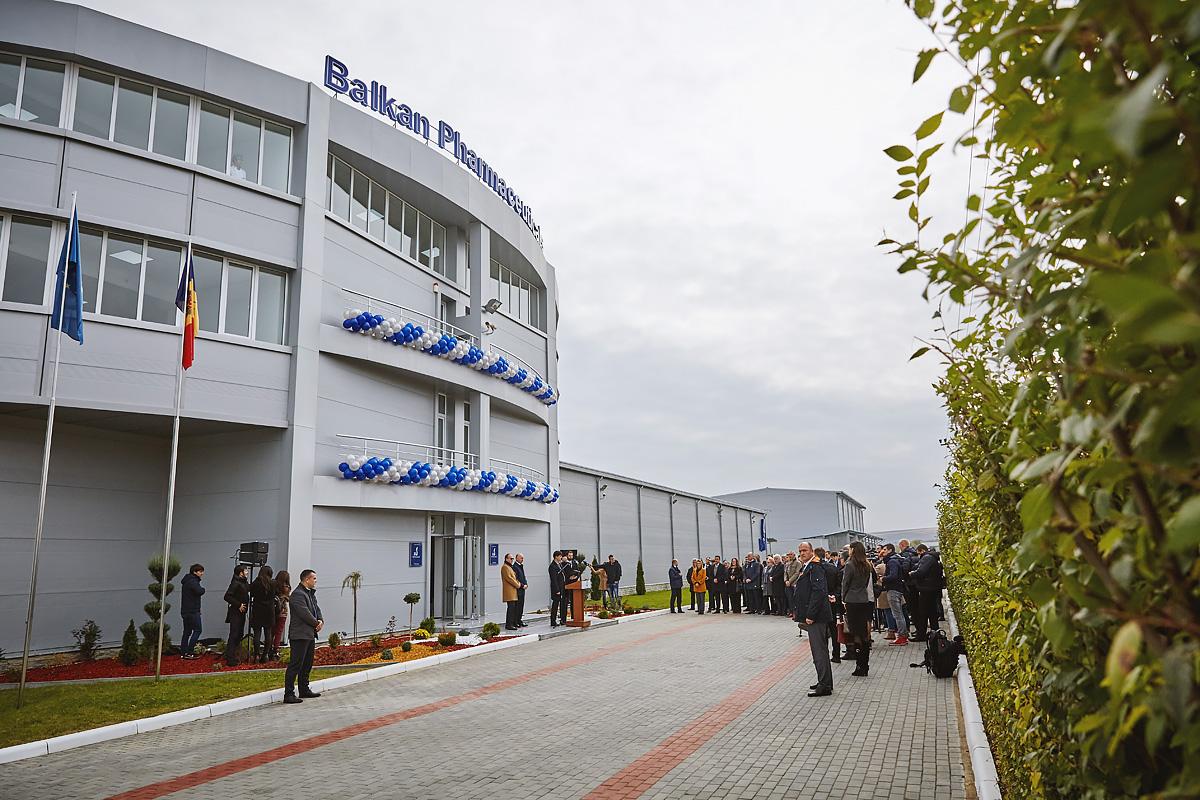 In order to grow a healthy society and to increase life expectancy, the population of Moldova needs quality medical products at an affordable price. Following this objective, Balkan Pharmaceuticals inaugurated Thursday, October 20, 2016 one of the largest medicine factory in Eastern Europe.

The new pharmaceutical factory in Singera is an important Romanian investment that will create over 400 new workplaces.

At the inauguration of the factory have participated the Prime Minister of Moldova, Pavel Filip, the Romanian Ambassador in Moldova, Daniel Ionita, the executive director of the company Balkan Pharmaceuticals, Vasile Cazacu, representatives from academia, medical and pharmaceutical institutions and employees of the company. The guests had the opportunity to see the manufacturing process of medicines and had a chance to make a tour of the factory.

„It was a great pleasure to attend this event and I am very happy that there is a production, which is one of the biggest in Eastern Europe and that it is in Moldova. I am glad that this investment is made by Romania. I know that there is nothing I can do better than to enjoy and wish good luck to those who had the courage to make this investment”, said Pavel Filip, Prime Minister of Moldova.

The new Balkan Pharmaceuticals manufacturing complex is located on an area of ​​2.5 hectares with ​​10,000 square meters work surface and it was built according to the international standards of Good Manufacturing Practice (GMP).

„The factory has a special importance for Moldova, because national manufacturing medicine factories produce only 8% of drugs, the rest must be imported. Increasing the number of the national producers of medicinal products will certainly offer a more affordable price and more workplaces”, said Vasile Cazacu, executive director of the company Balkan Pharmaceuticals.

The factory located in Singera has four drug production lines and has planned, in the near future, the construction of a new building for the manufacture of antibiotics.

„We do not invest only in jobs or in the possibility for Moldovan citizens to have drugs of a better quality, but we invest in people from Moldova, whom will be given the opportunity to stay, work and contribute to the welfare of the country”, said Daniel Ionita, Romanian Ambassador in Moldova.

Due to the modern equipment with advanced systems, the factory has a high production capacity so it can ensure Moldova's national market with high quality medicines at affordable prices, according to the purchasing power of citizens.