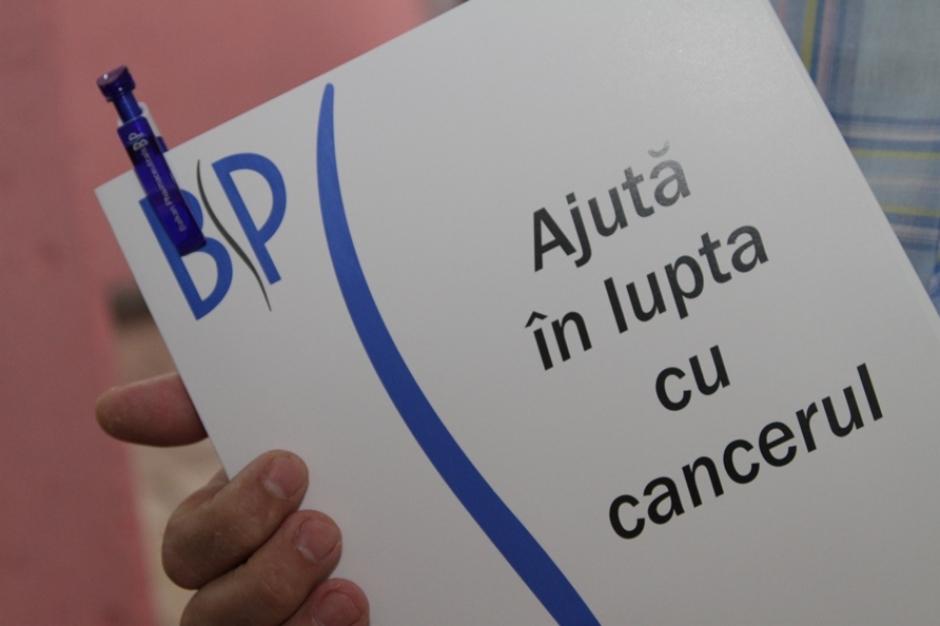 In the period of June 3-8, in Moldova is marked the "Anticancer Week". In the past 25 years, the number of people diagnosed with cancer is increasing. According to the Institute of Oncology, in 2012, were taken on record 8204 primary patients, more than in the last year (8080). The fight with cancer was lost by 5734 people in 2012, by 102 cases more than the previous year. At the same time, the number of patients with tumors detected in early stages when the disease can be treated and the patients - rehabilitated, has also increased (37.5% in 2012, compared to 34.3% in 2011).

In order to increase the awareness of the population about the risk factors, methods of prevention and treatment of cancer, the company Balkan Pharmaceuticals has initiated the campaign "Help in the fight against cancer". Within the campaign, we had organized the event of donation of a batch of medicines worth 1.5 million lei from the company Balkan Pharmaceuticals to the Institute of Oncology.

The event was attended by Andrei Usatii, the Health Minister, Victor Cernat, the general director of the Institute of Oncology, Silviu Chiru, the general manager of Balkan Pharmaceuticals company and about 200 doctors.

"Through this donation, we've decided to join the fight against this serious malady, especially since we are in the Cancer Prevention Week. The problem of public health is not just the problem of authorities. It is also the problem of each of us. That's why we welcome the involvement of organizations and companies in the promotion of a healthy lifestyle, the rational use of medicines, prevention and treatment of diseases. Especially important is the role of private companies, because they have the potential and the necessary means for a direct contribution in order to solve such problems as is the treatment and prevention of cancer". Silviu Chiru, the General Manager of the company Balkan Pharmaceuticals.

Within the event, the company Balkan Pharmaceuticals had transmitted, as a donation, a batch of 600 boxes of Letrozole and 600 boxes of Anastrozole, worth 1.5 million lei, to the Institute of Oncology. Letrozole and Anastrozole are anti-hormonal preparations which are especially administered to women with breast cancer and cervical cancer. The role of these medicines is to stop the release of hormones that, otherwise, will lead to the progression of the disease.

Victor Cernat: "It is a very important donation for us. Although the treatment is free for cancer patients, the financial possibilities are limited. We have many patients who require treatment with these medicines. Women are making 14-15 courses of treatments per year. They end up costing us hundreds of thousands of lei".

Balkan Pharmaceuticals is a pharmaceutical company founded in 2007. Currently, the company produces 127 names of medicines, including anti-tumor preparations, hormonal preparations, preparations with effect on the nervous system, the cardio-vascular and digestive system, preparations with anti-inflammatory and analgesic effects. Balkan Pharmaceuticals is an important Romanian investment. Besides the factory in Chisinau, in the last 5 years, the company has invested in the construction of a new factory in Sangera, which will be given into exploitation in September of 2013.