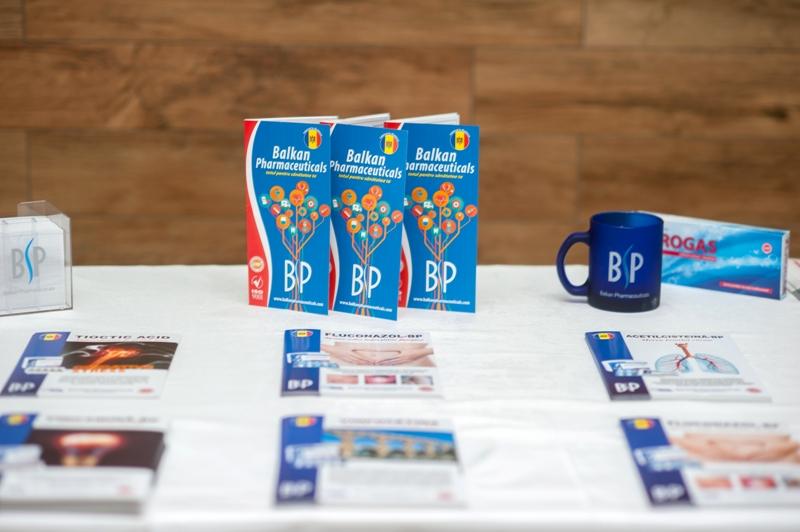 Balkan Pharmaceuticals Company has presented its medicines that have effect upon the nervous system at the scientific-practical conference that was organized to celebrate 120 years of activity of the Psychiatric Clinic Hospital in Chisinau.

The event is held annually on July 10th, this year scientists and psychiatrists from hospitals of Moldova, Romania and Russia were invited. At the conference, doctors presented some results of their research, described the effects of some drugs on different forms of mental disorders, treatment methods and products that have proven to be effective over time.

Nicholas Bacinschi, PhD, associate professor at the State University of Medicine and Pharmacy „Nicolae Testemitanu", made a comprehensive presentation of Balkan Pharmaceuticals products and their effect in treating some of the most common types of nervous system disorders.

„If the drug is effective, the patient is satisfied. The efficient medicines turn the patient back to life, he becomes appropriate, reachable and practically there is a change in the quality of his life. This increases patient confidence in the doctor who prescribed a specific treatment. Balkan Pharmaceuticals is one of the few pharmaceutical companies in Moldova that invests in quality production. It is among the few in our country who has GMP certificate, meaning that the manufacturing of medicinal products meets the international standards," mentioned Nicholas Bacinschi.

At the company's stand, conference participants had the opportunity to familiarize themselves with a wide range of psychotropic preparations manufactured by Balkan Pharmaceuticals. It is about Velaflaxină, Vincamine, Clozapină, Maprotilină, Lamotrigină, Vinpocitină etc.

Balkan Pharmaceuticals presents for the very first time its psychotropic drugs at a medical generic psychotropic event. For the company, participation in a scientific-practical conference is an opportunity to assert themselves with psychotropic pharmaceuticals both on the local and international market and to exchange information and best practices on patient treatment.

The event is organized by the Chisinau Psychiatric Hospital, with support from the State University of Medicine and Pharmacy „Nicolae Testemitanu" and the Ministry of Health of the Republic of Moldova.