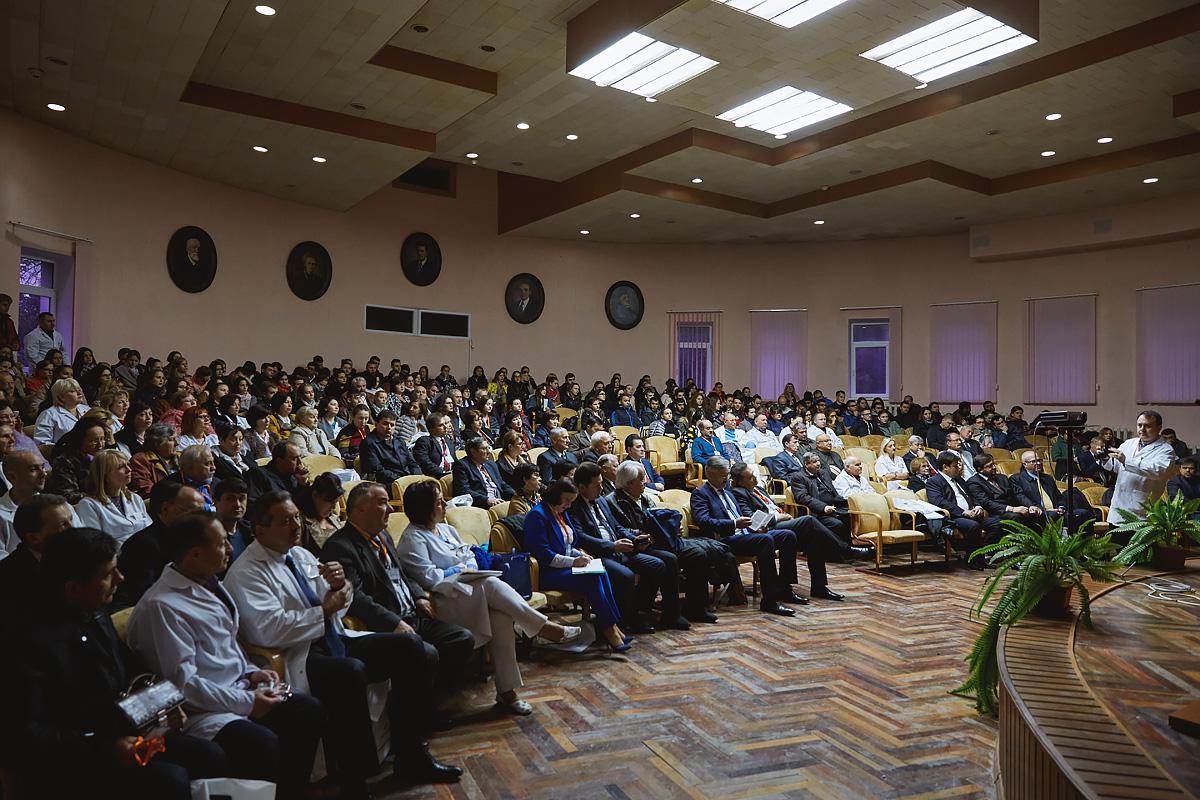 Thursday, October 13, 2016, the opening ceremony of the National Cancer Symposium attended by international guests took place at the Oncology Institute of Moldova. The event was organized by the Academy of Sciences of Moldova, State University of Medicine and Pharmacy "Nicolae Testemitanu", Oncology Institute and the Moldovan Oncology Society, with the financial support from the company Balkan Pharmaceuticals.

The Symposium, entitled "The observation of oncological diseases in medical practice, early detection and treatment of tumors" was dedicated to the 40th anniversary of the Department of Oncology, Hematology and Radiotherapy of the State University of Medicine and Pharmacy "Nicolae Testemitanu" in Moldova.

According to statistics, in Moldova there are about 48,000 people who were diagnosed with cancer, and more than 6,000 patients die annually because of this illness. Oncological diseases are the second leading cause of mortality in the country (after cardiovascular diseases) and a major problem for the health system in Moldova.

„Since the creation of the company Balkan Pharmaceuticals in 2006, we have supported various social and medical projects. Being in a good relationship with the State University of Medicine, we assist medical improvement courses and healthcare-themed events. We also offer support for the Student National Pharmaceutical Society. We give special attention to the collaboration with the Oncology Institute of Moldova, to whom we have donated oncological medications. We will certainly continue to support patients who need our help in their fight against this disease”, said Sergiu Cerlat, representative of Balkan Pharmaceuticals.

„Public heath depends on providing quality medicines. We should have an easy access to affordable medicine and surely, the drugs must be cheaper. On this line, Balkan Pharmaceuticals is a good example of a responsible medicine local manufacturer that tries to make everything possible to improve the quality of life. Balkan Pharmaceuticals has helped us on several occasions, to organize similar events”, said Ion Mereuta, Professor and head of the Department of Oncology, Hematology and Radiotherapy at the State University of Medicine and Pharmacy "Nicolae Testemitanu".

Giving assistance to health and medical events is a part of the company's social responsibility strategy. In 2016, Balkan Pharmaceuticals has supported many social projects.