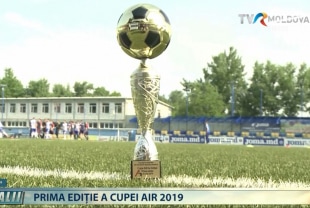 The Association of Romanian Investors in Moldova organized on Saturday, May 25, 2019, the first edition of the AIR Football Cup, dedicated to the members of the organization, in order to support and promote the partnership relations between the representatives of the Romanian investors in the Republic of Moldova, as well as the promotion of the healthy way of life amongst businessmen and their employees.

The competition was held at the Buiucani Youth and Sport Club in Chisinau, with the support of the official partner, the Moldavian Football Federation.

The ambassador of Romania Daniel Ionita, the Vice President of the Moldovan Football Federation, Dragos Hincu, and the Executive President of the Romanian Investors' Association in Moldova, Dan Nutiu, were present at the opening ceremony of the tournament.