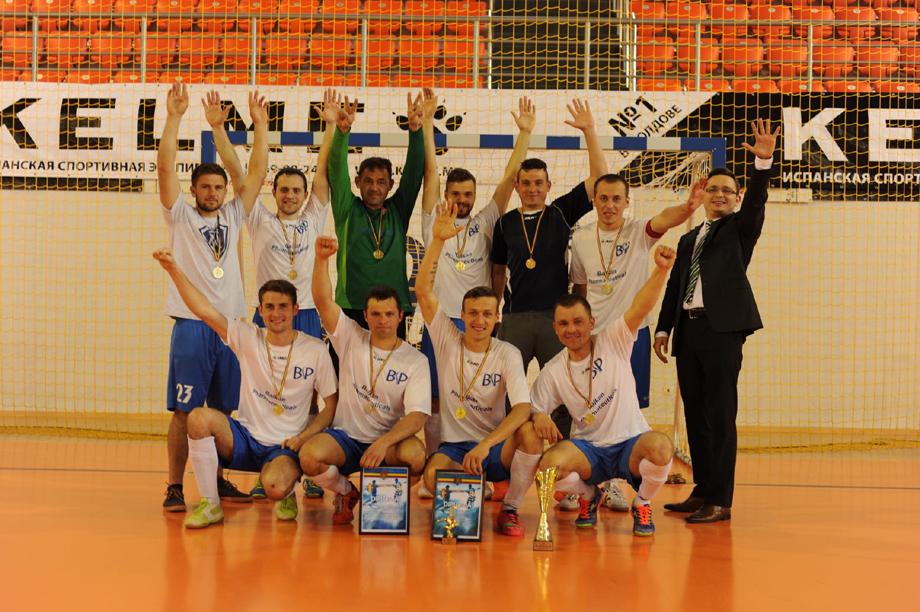 „We are very happy that we took the first place. We won Division B, then Division A, and now we want to win the National Division. Everything is due to our sponsor, who has always been there for us, helped us and got us through difficult times, helping us focus on what we love do to more – to play. We are a united team. We play together for a long time and we are willing to make more progress. We want medals. We will fight in order to obtain the first place”, said Nicolae Ignat, player for Balkan Pharmaceuticals team.

Having started the championship with three defeats, the team managed to comeback, wining in 12 consecutive matches. Thus, Balkan Pharmaceuticals futsal team obtained the title one step before the grand final; the last match confirmed once again the results along the way.

„Balkan Pharmaceuticals helped us a lot. Without their support I’m not sure we achieved these results. When we spoke with them, they were willing to support us from the first moment. A team cannot perform normally when it is facing financial problems. Otherwise, my teammates have done their job properly, had a serious attitude towards training and have contributed to the success of the team, "said Alexandru Eremia, team captain.

The title won by the futsal team represents a symbolic trophy, marking the tenth anniversary of the founding of the Balkan Pharmaceutical.

„When the Gratiesti futsal team contacted us, we decided to help them immediately. We are actively involved in community
projects, because we believe that progress and development of this country is related to the involvement of everyone, especially businesses agents. We want to promote health through both pharmaceutical treatments, and by preventing certain diseases and ailments through sport", said George Apostol, Balkan Pharmaceuticals representative.

Since the beginning of its activity, as part of its corporate social responsibility, local pharmaceutical company, Balkan Pharmaceuticals, is developing various events supporting the medical and pharmaceutical fields and is promoting a healthy lifestyle.