From the very beginning of its activity, Balkan Pharmaceuticals supports the organization of various medical and pharmaceutical events and promotes a healthy lifestyle. These actions are a part of the corporate social responsibility program, promoted by the company. In 2015, Balkan Pharmaceuticals expanded its program of corporate social responsibility, deciding to provide financial support to the futsal team of SC Gratieshti. As a token of gratitude, the team changed its name from "SK Gratieshty" to "Balkan Pharmaceuticals". Here’s an interview with Alexei Untilov, vice captain and one of the leaders of the futsal team, which bears the name of our company. 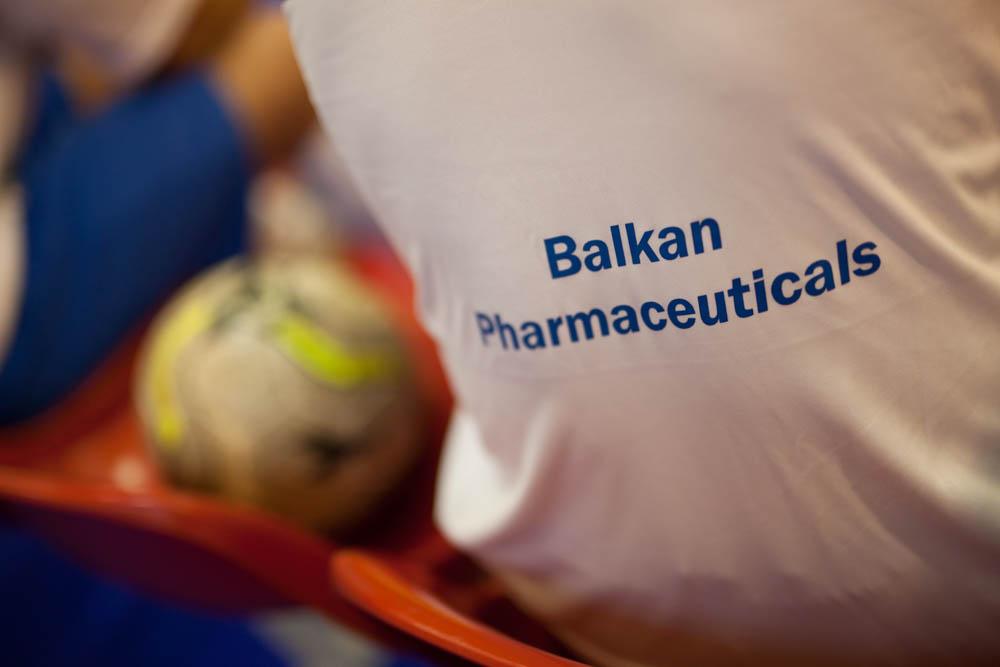 For how many years have you been playing football?

The first football memories I have are from preschool. Later, in high school, I was one of the best players of my age. So I've been playing for about 28 years.

Who is your football idol and why?

Zinedine Zidane was my favorite player. I did not know - and, in my opinion, there still doesn’t exist - a more elegant, technical and smart player.

How did you start playing for the Balkan Pharmaceuticals team?

I was invited by my current teammates, to try my luck in Division B, as part of CS Gratieshti team. We had a good season, and we promoted to Division A, but for financial reasons the team risked to cease its existense. Balkan Pharmaceuticals offered to support our team in a difficult moment and we were happy about it. As a token of gratitude, from the very first season under the colors of Balkan Pharmaceuticals, we managed to win Division A, and advance to the first league of futsal of Moldova. What is the biggest challenge for the team at the moment?

For our team, the biggest challenge at the moment is the podium, battling shoulder to shoulder, match for the match, against teams with traditions and history in the Futsal Championship of Moldova. Now, we are third in the table. Sunday, March 18, we play against Victoria Buiucani and hope to win.

What is your sporting dream?

In the current conditions of life, when the family and professional career are the prevailing values, and  there is less and less time for sports - the sporting dream would be to win a trophy of national importance.

What does Balkan Pharmaceuticals mean to you?

First of all, seriousness and trust – a symbol of quality and stability, which requires me and the whole team to meet the highest standards.