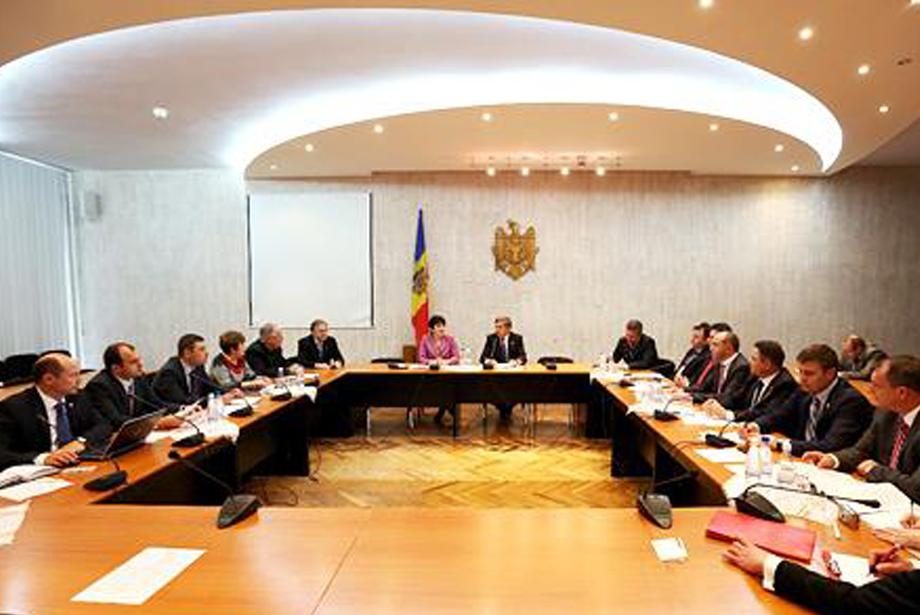 The third reunion of the Joint Commission for European Integration between the parliaments of Moldova and Romania took place in Chisinau on the 5th and 6th of November 2013.

Members of the two delegations discussed several projects in economics, energetic, and education. A declaration was signed at the event and according to it the Romanian Parliament will support Moldovan integration in the EU.

Florin Constantinescu, Vicepresident of the Romanian Senate, co-president of the Joint Commission for European Integration, mentioned that he met with two of the most important Romanian investors in Moldova, Petrom that distributes petroleum products, and Balkan Pharmaceuticals that specializes in the production of drugs.

Ana Guţu talked about the economic projects that Moldova could develop with the Romanian help, but also with the help with the European donors and investors.

Concerning the economic exchange, Florin Constantinescu declared that: "We reached a point when thanks to our economic representatives we have an important economic exchange, the second after Russia. It is a good thing, because this oferes conditions for great economic development and creates more work places."

Silviu Chiru, director of Balkan Pharmaceuticals, declared that he is honoured to have the attention and the support for his company from the Romanian Senate. "Balkan Pharmaceuticals is an important Romanian investment in the Republic of Moldova. In 2007 we started the production of drugs, and today we are about to open a new plant, where we will hire cca 400 persons with different levels of qualification. I believe this support that comes from Romania, a EU member country, is a good opportunity for other Romanian and European investors to start a business and create new work places here in the Republic of Moldova."

Florin Constantinescu, Vicepresedent of the Romanian Senat, co-president of the Joint Commission for European Integration, mentioned that Moldova's aspirations to join European Union will become a reality as this represents the desire of the citizens that want to be part of the big European family. Florin Constantinescu declared that Romania will continue to support the European integration of the Republic of Moldova.